Casting votes is an issue that has come up recently with a client. They sound simple but there is a little bit behind them.

Firstly, casting votes are sometimes called “second votes”. They occur when a vote is taken in a meeting and there is an equal number of votes in favour as there is against.

Does your constitution allow a casting vote?

The first thing you must know is whether your constitution allows a casting vote to be exercised by the person in the chair. You MUST find that out before anything.

Many organisations allow their chairman, president, presiding officer to have a deliberative vote – that’s the vote they get because they are a member, as well as a casting vote to be used when there is “an equality of votes” or a tie.

Here are the important issues.

If, after they have exercise their deliberative vote there is a tie, then the casting vote can be exercised.

2.  This is the really tricky bit for some people. A wise chair will nearly always exercise their casting vote to “preserve the status quo“. That means they will vote so the situation does NOT change. In most circumstances, that means that they will vote against the proposal although some proposals are worded so that a vote in favour preserves the status quo.

I can almost hear some people saying WHY????

The answer is that by preserving the status quo, the issue is free to be raised again at a later meeting when there is more support. But the reason wise people vote this way is that if the casting vote is used to change something, then the decision has in reality been made by one person – the person in the chair. As many people are in favour as are against and it is not a sound decision.

I have read research that shows that decisions that are made upon a casting vote nearly always get reversed at a following meeting and the people who regularly use their casting votes to make changes, are often challenged for their position when they come up for election.

Now there will be times when the chair will use their casting vote to make a change. These are things where there has been considerable debate over many meetings and a decision simply has to be made.  These situations are rare but they do occur.

Bottom line is – use casting votes with great care.

Please Note: The author accepts no responsibility for anything which occurs directly or indirectly as a result of using any of the suggestions or procedures detailed in this blog. This is not, and should not be taken as legal advice. All suggestions and procedures are provided in good faith as general guidelines only and should be used in conjunction with appropriate advice relevant legislation, constitutions, rules, laws, by-laws, and with reasonable judgement. If you are in any doubt, seek appropriate advice. 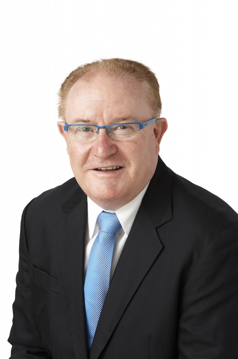 11 Replies to “Casting Votes – when and how to use them”