“We had just had lunch and the energy in the room was low.

And then David came on and immediately owned the room.

The audience came alive as soon as he started speaking.

He had them in the palm of his hand.

David is the perfect after lunch speaker”

Let’s have a (quick, productive) call about your meetings

I show you how to master two crucial skills:

I joined Rostrum, one of Australia’s leading public speaking groups in 1980. It changed my life. At Rostrum I learned meeting and speaking skills. While I was there, I realised that I had a rare skill – to explain complex procedures in simple terms.

I’ve since written two books on meetings and meeting procedure which show people how to handle the most technical details from the intricacies of procedural motions and point of order, right through to what needs to go in the minutes. That’s why I am known as Australia’s leading authority on all aspects of meetings. 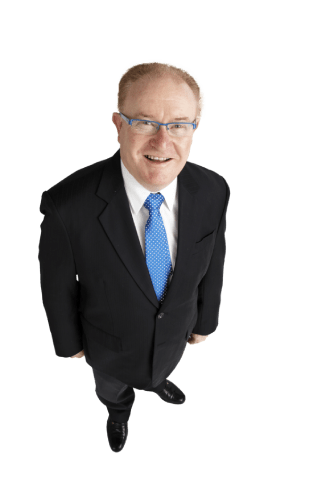 But it’s not just about the procedures. In today’s world where formal meeting procedure is not used as much, it’s more about the people, how to increase their engagement and make meetings more productive and worthwhile.

Do you recognise some of these types of people in your meetings?

If you recognise these types of people, then knowing meeting tips, traps and processes can help you to deal with them in an effective way so that the meeting can stay on track and get results.

The 3GN MODEL in MEETINGS

I’ve developed the 3GN model and it forms the basis of my philosophy – the greatest good for the greatest number. Many meetings are all about power plays and egos and they serve very few people, workplaces and organisations.

My values are around showing you how to master the knowledge and tools to make meetings more effective so you and the group move forward and get more results. Power plays are dangerous. I show you how to recognise power people and egos and become a master at dealing with them.

How’s this for a quirky testimonial?
Not that it was ever meant to be one. This is an actual conversation with another consultant.
A fellow speaker who coaches in presentation skills just like I do called me out of the blue some time ago and said:

David, I thought I should let you know I’ve decided to also offer training in ‘How to Run Better Meetings’. As we both teach presentation skills I figured I should be able to consult in meetings too. Just letting you know.”

A month later he called me again. “Mate, I have to tell you, I got asked questions about meetings that I didn’t have the foggiest clue about. I had no idea! This meeting stuff is way too complicated. You can have the meetings work, I don’t want a bar of it.

The Master of Speaking

It was at Rostrum that I learned the skills to speak so I had a real impact on the audience.

I crafted the skills, by practising them over and over again, seeing what methods worked, and what didn’t work. I honed my speeches, changing a word here, a word there. I learnt the subtle art of pausing, intonation, eye contact, posture, telling a story and lots more.

Soon I was being asked to coach others how to speak persuasively. They would say, “How can I speak like you?” My speaking coaching career had begun.

I learned from other masters and then became a master myself.

My mantra is – Nothing will move you further and faster in your career than the ability to speak confidently and persuasively.

If you want me to speak at your conference or event as a keynote or breakout presenter, or to learn the art and craft of Speaking Mastery, contact me at david@davidprice.com or call +61 (0) 41 8888 018

David has worked with current and future leaders and their teams to master the art of speaking effectively and mastering the problem of too many unproductive meetings since 1986.

He is known as Australia’s leading authority on meetings and is often called ‘Mr Meetings’ by his clients.

He is a Certified Speaking Professional (CSP), the only internationally recognised designation for professional speakers, and also a Global Speaking Fellow – one of only 40 worldwide. He’s been a member of the Australian Speakers Hall of Fame since 1999 and has won the Professional Speaker of the Year Award, the International Speakers Ambassador of the year award, the President’s Award and the National Nevin Award. He is also a Life Member of PSA.

David is the author of the best selling “Meeting Procedure Made Easy” book, and “10 Steps to Prepare and Deliver a Powerful Presentation” as well as 6 other books and audio products on Speaking and meetings.

He commands respect in meetings with his knowledge and credibility and has been a meeting advisor for over 30 years. David has chaired many meetings, and held many leadership positions, and has qualifications in Corporate Governance, and as a Company Secretary, and Corporate & Company Director.

David is also known as the “coaches coach” when it comes to speaking. He has coached some of Australia’s best speakers and he has the ability to transform his clients from ordinary speakers into powerful presenters.

Professional Speaker Of The Year – 2000

Going Through The Motions – Book

How To Chair A Meeting – On Line Course

Have a question about meetings?

Your question may have already been answered!